Loretta Ross has a hit with this page- turner.
~Shelley’s Book Case
This is a story that caught my attention right off and I did not put it down till I finished it.
~readalot
I really enjoyed the book! It turned out to be a real page-turner right from the beginning.
~The Ninja Librarian
This book is just amazing!
~Escape With Dollycas Into A Good Book 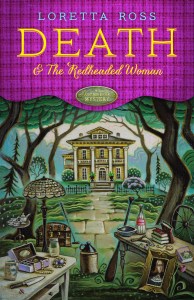 Death and the Redheaded Woman
(An Auction Block Mystery)

Synopsis
Auctioneer Wren Morgan is cataloging the contents of the Campbell house, an ante-bellum mansion with a Civil War-era lost jewels legend. She was hoping to find something interesting, but the naked dead guy on the stairs is an unwelcome surprise. When the body turns out to belong to a small-time criminal with ties to a more recent jewel heist, Wren suddenly finds herself face-to-face with Death.
Death Bogart (pronounced “Deeth”) is a disabled Marine combat vet, down on his luck and trying to start over as a private eye and part-time bounty hunter. The stolen jewels he’s searching for are the final evidence needed to convict a murderer — and the reward money could turn Death’s life around.
In Wren, Death finds a friend and a willing ally — someone to help him learn to overcome his new physical limitations, and possibly even a second chance at love. But Death and Wren aren’t the only ones searching for treasure. Two ruthless men are also on the hunt, and they will do anything to eliminate the competition. To survive, Death and Wren will have to solve two mysteries spanning a century and a half and outwit a pair of cold-blooded killers.

My review
Wren Morgan is a red-haired woman who works as an auctioneer. When visiting a historic house to catalog the objects to be auctioned finds something truly unexpected: a dead and naked man. At the police station discovers that the victim was a jewel thief involved in a robbery a few years before. Here she meets Death Bogart, a detective and a part-time bounty hunter who is researching precisely the recovery of some jewelry. Death is a Marine veteran from Afghanistan, he was injured and is now disabled. But this doesn't reduce his investigative capacity. He ask for help Wren to investigate and together form a well-matched and competent team. In their research, however, end up in the sights of a murder and above will be victims of Cupid.
It 's a cozy really fun and engaging, full of humor, suspense, adventure and romance. The two main characters are very realistic and unusual, the plot is well constructed and the pace is fast and exciting. It 's really hard to put it down before the end. It's the beginning of a new series and I really hope it comes soon a new adventure of Wren and Death.

I have received this ebook by Midnight Ink through Net Galley 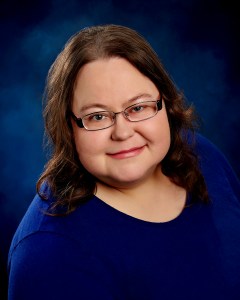 About This Author
Loretta Ross is a writer and historian who lives and works in rural Missouri. She is an alumna of Cottey College and holds a BA in archaeology from the University of Missouri – Columbia. She has loved mysteries since she first learned to read. Death and the Redheaded Woman will be her first published novel.
My Website is at http://www.lorettasueross.com.
My blog is connected to my website athttp://lorettasueross.com/blog/
My Facebook page is at https://www.facebook.com/lorettasueross
My author page at Goodreads is athttps://www.goodreads.com/author/show/236665.Loretta_Ross
I’m on Twitter as @lorettasueross and my profile page is at https://twitter.com/lorettasueross
Purchase Links:
Amazon

Win a Print Copy of this book Us Only

Another Giveaway
a Rafflecopter giveaway
LibriAmoriMiei a 13:08
Condividi